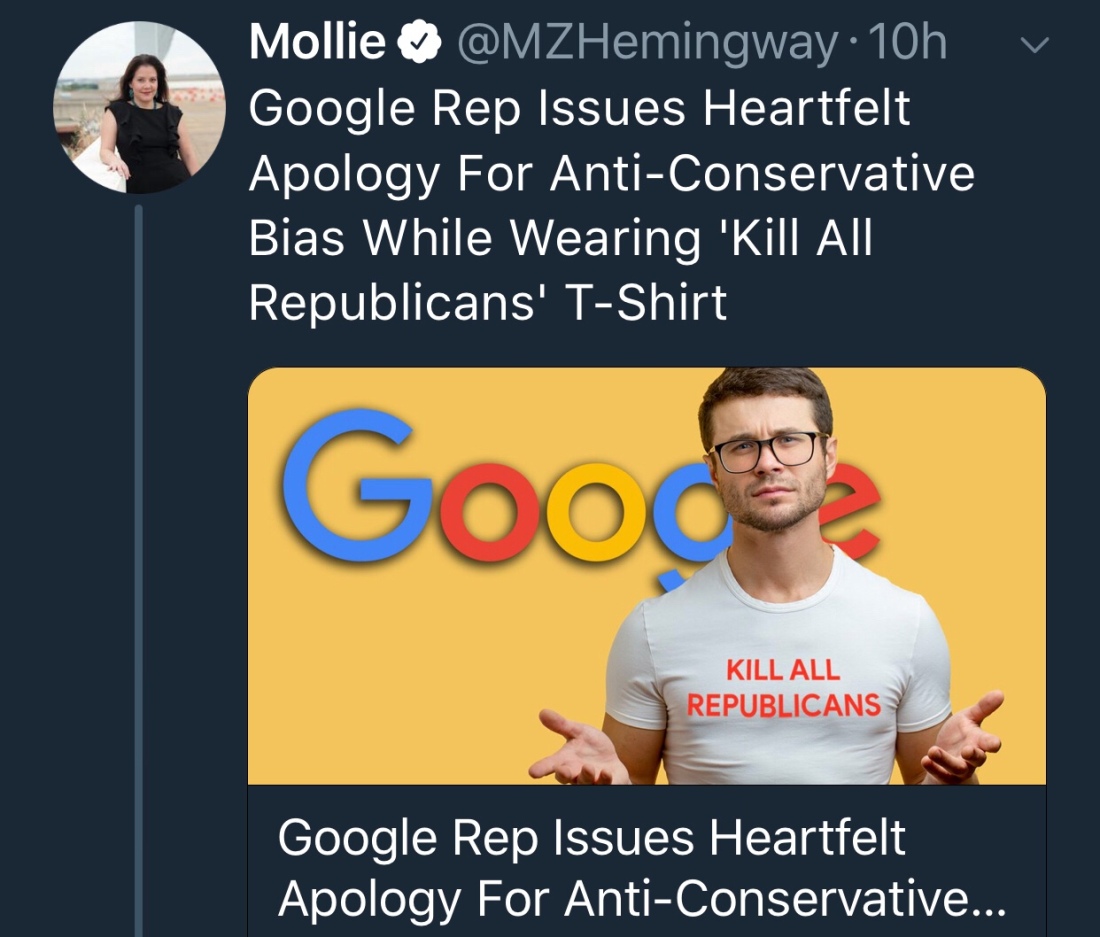 This week Reddit banned its QAnon sub thread – “The Great Awakening”. Amidst the news this week via a leaked video of Google employees sharing their lamentations and grief over the election of Donald Trump and Jack Dorsey, CEO of Twitter admitting that employees with conservative views are encouraged to not discuss them – we now find this apology from a Google employee for promoting violence against Republicans.

Attorney General Jeff Sessions will meet with state governors this week, who are already litigating social media suppression and bias to begin looking into how our social media giants have been meddling in elections by suppressing voices and thwarting search results to favor left-leaning candidates (with a vivid example of how Hillary Clinton is viewed on Google).

Interesting coming on the heels of an executive order signed this week by President Trump that will impose sanctions on any entity who is found to be meddling in the upcoming US elections.

Published by We are the FREE PRESS Online

Truthful and factual news. View all posts by We are the FREE PRESS Online